Many aircraft from the period 1908-1918 on display on the first floor of the Aviation Hall have already been restored or rebuilt on the basis of original plans by AELR volunteers, such as the Triplane Battaille, the Voisin de Caters N IV aircraft, the Spad XIIIC.1 and the Nieuport 23C which is the only surviving example of this type. Several teams of volunteers of the AELR are still working on the restoration of old aircraft and engines, and on the construction of life-size replicas, based on original plans: the reassembly of the Gipsy Major engine as an educational presentation, or the Renard R-31, including a life-size replica is under construction, funded by the Alfred Renard Foundation.

The works in progress concern the LVG C-VI, the Voisin LA-5 and the Renard R-31, of which the Royal Army Museum – MRA – holds the last example in the world. Recently, the interior of C-119 Flying Boxcar has been recently opened to the public.

Those interested can see the work in progress, on site, by visiting us on Tuesday or preferably Saturday. 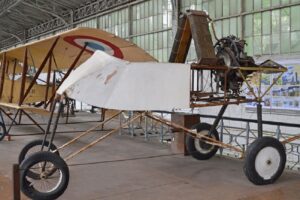 This Voisin LA-5, acquired through an exchange, arrived at the Museum in a sorry state and unfortunately incomplete being devoid of its wings and tail. Its history is not well known. It appears to have served as training material at... 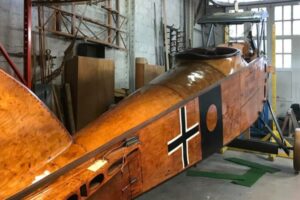 German observation and reconnaissance biplane designed in 1917, this particular example (one of the last three originals in the world) was probably never operational but was used by a civilian air transport company in Danzig. Rebuilt... 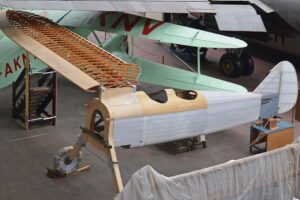 For many years, the Alfred Renard National Fund - FNAR-, as a tribute to the civilian engineer Alfred Renard, Belgian designer and builder of aircraft, have been constructing a replica of one of his legendary creations, the Renard... 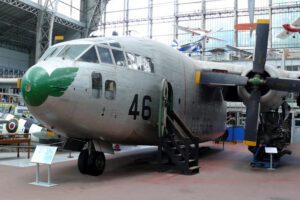 The interior of the C-119, which for several years was closed to the public for reasons of safety and preservation, has recently been made accessible to visitors again. In the Brussels Air Museum Fairchild C-119, a protected visitor...