The Aviation Hall, opened to the public in 1972, is managed by the Royal Museum of Armed Forces – Musée Royal de L’Armée. The MRA is part of the WHI – War Heritage Institute – and is responsible for the layout and maintenance of the aircraft. The Aviation Hall can only exhibit part of the collection since there is a lack of space to exhibit all of it. The 145 pieces identified in 2016, of which many pieces remain outside of the museum are included in the general catalogue of  The Aviation Department of the Royal Army Museum in Brussels. This catalogue may be purchased in the Museum Shop of the Royal Museum of Armed Forces.

A brief presentation of the collection

On the first floor of the Hall de l’Aviation you will find an assembly of balloon nacelles, early pioneer aircraft, aircraft of the 1914-18 war, inter-world war aircraft and light aircraft of the post 1940-45 era.

On the ground floor can be found vintage rescue helicopters and most of the fighter aircraft used by the Belgian Airforce since 1946.

One part of the ground floor is devoted to the 1940-45 war, and transport aviation.

SABENA is represented by a Caravelle placed on high. The old Belgian airline has its own stand where a jet  engine and cockpit of a Boeing 707 are exhibited along with respective uniforms and  memorabilia of this era. 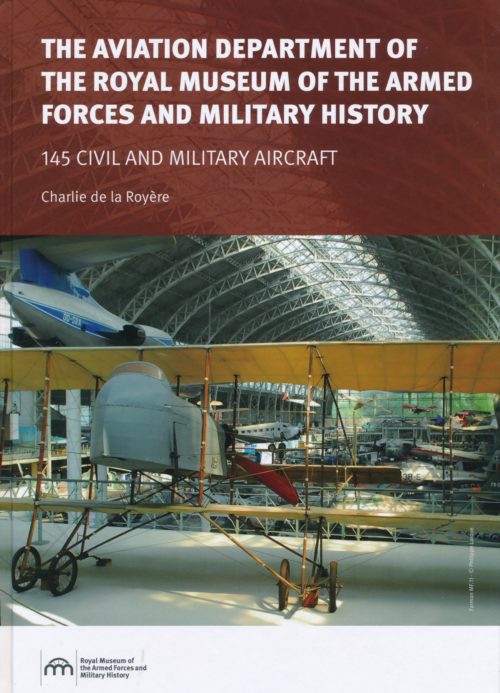 Transport aircraft - United Kingdom - First flight in December 1951 - In service with the Belgian third Antarctic expedition 1959-60 - Entered the museum in 1970.

Photographic reconnaissance and liaison aircraft - United Kingdom - First flight in November 1952 - Belgian Airforce from 1954 to 1976 - Entered the museum in 1977.